The Spinnaker Ridge Association is comprised of residents managed by a volunteer Board of Trustees elected by all members of the association. It h 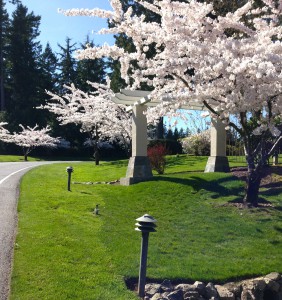 as a proud 33 year history of maintaining our property as a beautiful, friendly and quiet place to live while to the best of our abilities, containing expenses.

Our Board has developed and managed a long range financial plan designed to help us foresee and be prepared for large expenses such as house painting and street maintenance.  Efforts such as this require involvement of homeowners.

A Short History of Spinnaker Ridge

Spinnaker Ridge took form as a NuDawn Homes Planned Unit Development (PUD) of 58 individually-owned homes complemented by a clubhouse and swimming pool. Over half of the 16 acres of the development is common open space. Spinnaker Ridge literally began when the plat was recorded in Pierce County on January 31, 1986. John English, a longtime resident, chaired the City of Gig Harbor Planning Commission that gave initial approval to the plan.